Breach of Fiduciary Duty by Corporate Insiders Requires Remedy, Even if Damages Unclear 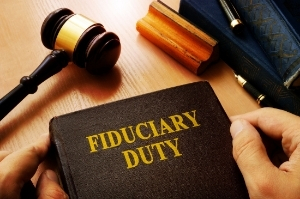 When corporate insiders transferred to a new corporation corporate assets claimed to be worthless, the shareholders had a right to a remedy, even if the damages were unclear.

In Meister v. Mensinger (2014) 230 Cal. App. 4th 381, Sesame Technologies, Inc., was a software company that struggled financially throughout most of its existence. From 2000 to 2002, members of the Meister family invested over $2.1 million in Sesame Technologies, Inc., for which they received preferred stock giving them a 38% ownership interest but no voting rights or role in managing the company. Subsequently, the Meisters balked at investing more money.

In February 2003, its CFO, Mensinger, loaned Sesame $125,000 in exchange for a promissory note secured by Sesame’s assets. After paying off the bank loan, Mensinger became Sesame’s senior secured creditor, and in April 2004, Mensinger declared his note in default.

In mid-2004, Sesame’s CFO, Mensinger, and its CEO, Koppel, determined Sesame either had to file for bankruptcy or sell its assets to a new company, ExtraView Corporation, created by Mensinger. They opted for the latter. Initially, Mensinger and Koppel owned ExtraView 50/50, but Koppel later sold his shares to Mensinger, who became ExtraView’s sole owner. Koppel and Mensinger were the officers of ExtraView.

The next month, the IRS placed a lien on the assets of Sesame Technologies.

Following that, Koppel, who had been the sole director, appointed Mensinger to Sesame’s board, and as directors, they approved a sale of Sesame’s assets to ExtraView for $1.5 million in the form of assumption of liabilities. The board further resolved that once the sale was complete, Sesame would dissolve.

A majority of Sesame’s employee shareholders with voting rights approved the sale. At the time of the vote, Koppel controlled over 60% of Sesame’s voting shares through his own shares and a proxy.

The Meisters were not advised about the sale until after it had been approved and Sesame’s assets had been transferred.

Sesame then filed for Chapter 7 bankruptcy as a no-asset case. 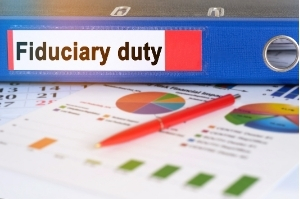 It seemed clear that Sesame had some value, at least to Mensinger and Koppel. Since 2000, the Meisters invested over $2.1 million in Sesame, and the assets gained by Mensinger and Koppel had been developed, at least in part, through the Meisters’ investments. By obtaining these assets, ExtraView could essentially hit the ground running with Sesame’s intellectual property, customers, brand, employees, among other things. Mensinger and Koppel’s efforts to keep these assets under their control, rather than dissolve Sesame outright, evidenced their conviction that it could become a profitable enterprise, once it was shed of its liabilities, including the liability, real or perceived, of the Meisters’ ownership interest.

The court remanded for retrial on the issue of damages only.

Contact the offices of Richard Burt, Attorney and Counselor at law with questions pertaining to breaches of fiduciary duty.

This entry was posted in Directors and officers, Entity Law, Minority Shareholders. Bookmark the permalink.

By clicking “I Agree” below, you agree to the following.

In communicating through a website with a lawyer you are thinking of hiring, you should not provide any confidential information concerning your legal matter until an attorney-client relationship has been formed. Sending an email to Richard Burt through this website (or otherwise) and receiving a reply does not create an attorney-client relationship.

No attorney-client relationship will be formed until you and Richard Burt have agreed that he should represent you, he has determined that there is no conflict with an existing client, and you have signed an engagement letter that sets forth the terms of the representation.